FORT WORTH, Texas (April 24, 2020)– Called “a force to be reckoned with” by Aviation International News (AIN), American Aero FTW was ranked the No. 1 fixed-base operator (FBO) in the world in the 2020 AIN FBO Survey, released this week. The private aviation terminal serves customers at Meacham International Airport in Fort Worth, Texas.

AIN conducts the industry’s only annual independent, online evaluation of FBOs, which includes more than 4,500 operators worldwide. Results are based on reviews by passengers, pilots, flight crews, and dispatchers, who are asked to evaluate FBOs in five categories—pilot amenities, passenger amenities, customer service representatives, line service, and facilities. American Aero has been ranked in the top 5 percent of FBOs in the AIN survey since opening the doors to its new facility in 2017. The company tied for second place in the 2019 survey.

“It is an incredible privilege to have the trust and respect of our customers and to be recognized in such a significant way,” said American Aero founder Robert M. Bass. “And we believe it is a reflection of our founding mission to redefine the FBO experience for passengers and flight crews and lead the industry in the delivery of service and safety.”

In 2018, American Aero was also the first FBO in the world to earn Stage 3 in the International Standard for Business Aircraft Handling (IS-BAH) certification for advanced ground handling safety. The FBO’s safety efforts have been led by Vice President Bob Agostino whose 49 years of corporate flight operations experience include 15 years as director of flight operations for Learjet/Bombardier. While at Learjet, Agostino was the creator of what is now known as the Bombardier Safety Standdown.

American Aero also recently announced expansion efforts on the field, with the purchase of additional fuel tanks and new fueling rights. It plans to build additional hangars and extend the FBO’s 11-acre ramp—already the largest on the field. That growth, along with American Aero’s exclusive military contract, will increase the FBO’s market share at KFTW nearly seven-fold since when the FBO was purchased in 2012.

“Everything we do is with the customer in mind,” Agostino explained. “The details of our facility, the amenities we offer our customers, our spacious ramp, our unparalleled focus on safety, and most important, the people we hire and the level of training we provide—all of it is designed to create an unforgettable experience that brings customers back through our doors again and again.” 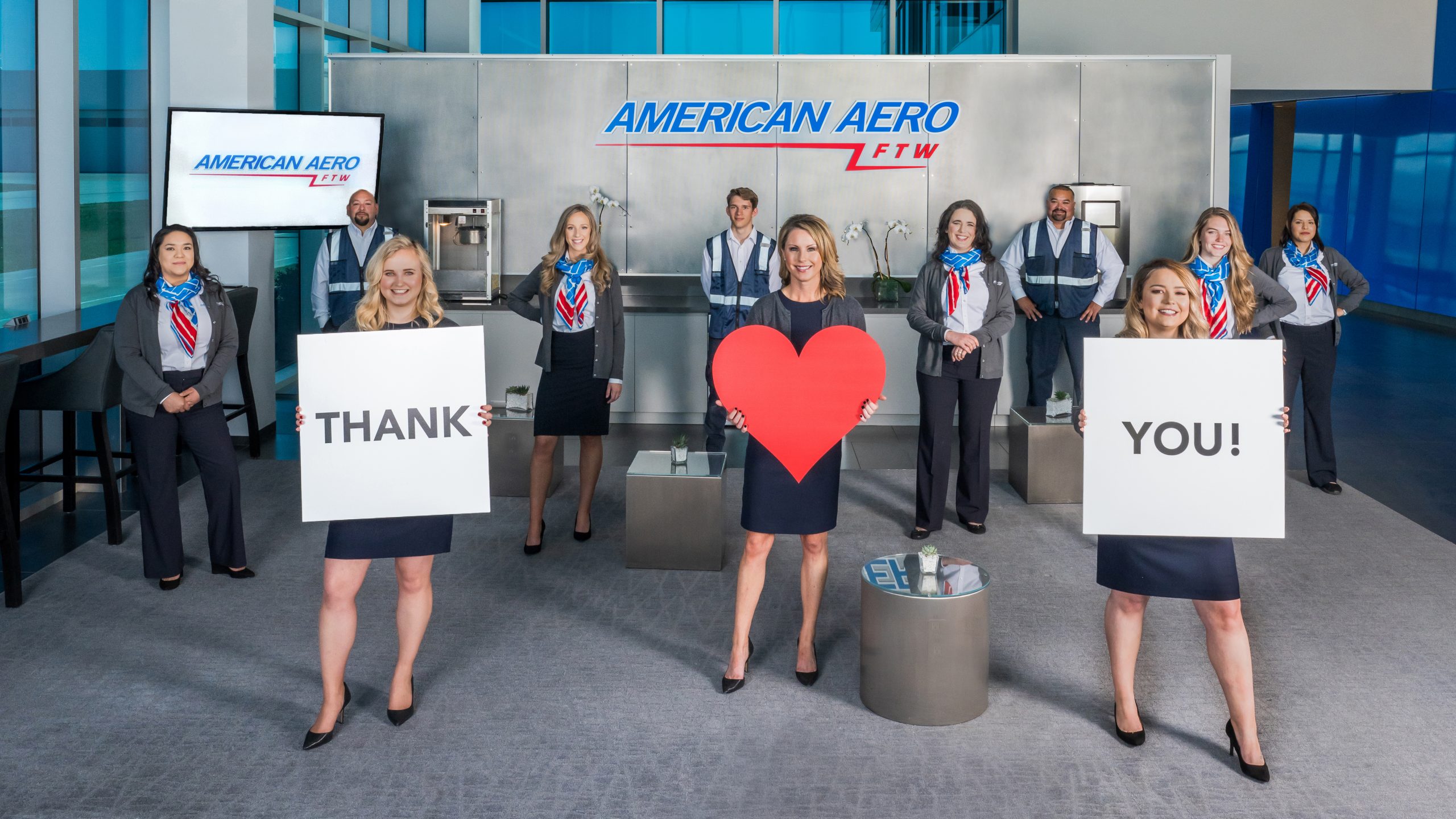