FORT WORTH, Texas (February 23, 2015) – American Aero FTW, a fixed-base operator (FBO) located at Meacham International Airport in Fort Worth, Texas, today announced the purchase of 64,000 square feet of additional hangar space and 2.3 acres of land at the airport. The acquisition is part of the FBO’s effort to expand its presence and enhance its ability to offer premiere aircraft services to business aviation customers.

American Aero is also building three, state-of-the-art hangars and a two-story office complex. Slated for completion later this year, the new hangars will accommodate any aircraft up to a Gulfstream G650. With the acquisition and new construction, American Aero will operate more than 290,000 square feet of hangar and office space at Meacham.

“We are deeply committed to supporting Meacham International Airport becoming a destination of choice for business aviation customers flying into the DFW area,” said American Aero FTW General Manager Riggs Brown. “This acquisition is another example of our promise to deliver exceptional service to the aviation community.”

Next month, American Aero will join airport officials in breaking ground on a $17.5 million effort to renovate and remodel the Meacham International Airport terminal building. American Aero will be a primary tenant in the new facility, which is slated for completion in 2016. 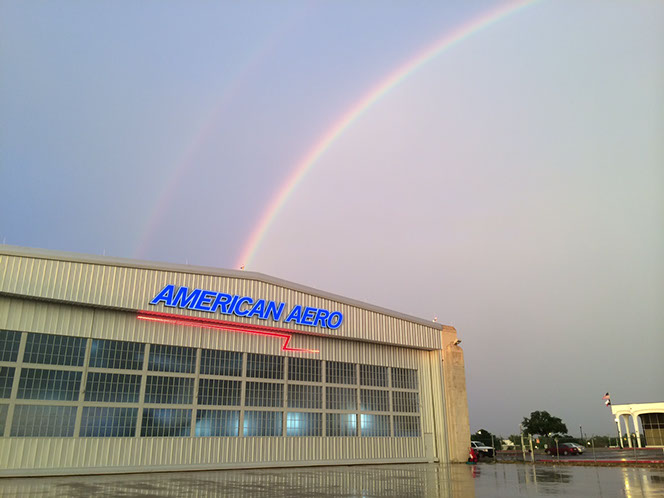