“This is an extraordinary event that will benefit hundreds of area children,” said Cpl. Edward Dimas, representing the U.S. Marine Corps Reserve Toys for Tots Program. “The holiday season just got a little bit brighter thanks to the generosity of the aviation community at Meacham.”

“Celebrating the holidays with our airport neighbors and friends by giving back to our local community has become a very special tradition for us,” said Riggs Brown, American Aero FTW general manager. “The Toys for Tots program benefits about 150,000 children throughout Tarrant and surrounding North Texas counties, and we are proud to contribute to their efforts.”

The luncheon took place in a hangar at Meacham, which is currently undergoing major renovations. The airport’s new terminal building is scheduled to open on January 24, with a ribbon-cutting ceremony attended by city officials and local dignitaries. American Aero FTW will be the primary tenant in the new, 75,000-square-foot facility. The FBO has also added three new hangars, for a total of 280,000 square feet of hangar space. 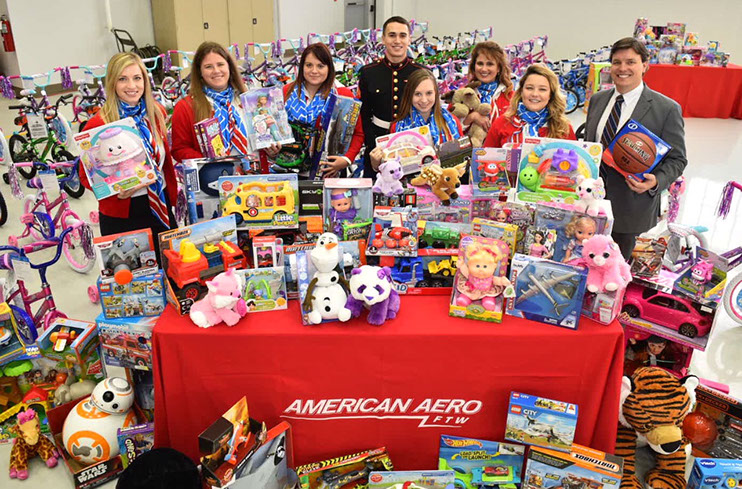 ABOUT TOYS FOR TOTS
The mission of the U. S. Marine Corps Reserve Toys for Tots Program is to collect new, unwrapped toys during October, November, and December, and distribute those toys as Christmas gifts to less fortunate children in the community in which the campaign is conducted.