American Aero FTW to be Major Tenant in Renovated & Expanded

American Aero will occupy 8,400 square feet in new facility, scheduled for completion in 2016

American Aero is building a new, world-class FBO and will be the primary tenant in the new administration building scheduled for completion in May 2016. The FBO will occupy 8,400 square feet of the 75,000-square-foot facility.

“Meacham International Airport is one of the premier airports in America’s southwest,” said American Aero General Manager Riggs Brown. “Our new FBO will provide an efficient departure and entry point and will deliver a VIP experience for pilots, crews, and travelers.”

American Aero is also building three, state-of-the-art LEED certified hangars and a two-story office complex at the airport. Slated for completion later this year, the new hangars will accommodate any aircraft up to a Gulfstream G650. 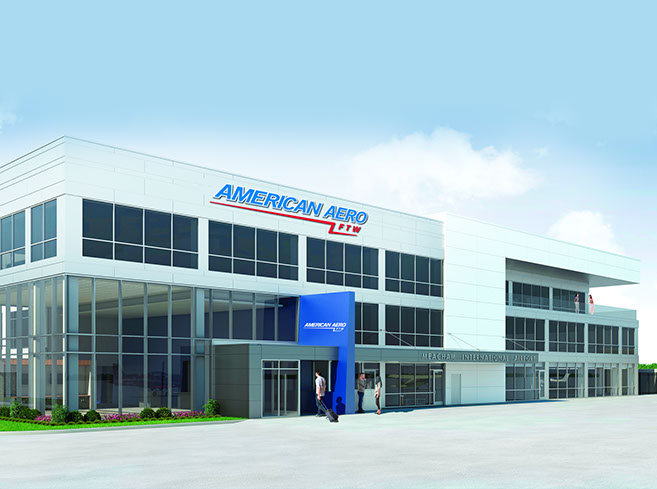