FORT WORTH, Texas (December 7, 2017) – Robert Agostino, vice president of Fort Worth-based American Aero FTW and a renowned expert in aviation safety, has been awarded the annual Dr. Tony Kern Professionalism in Aviation Award by the National Business Aviation Association (NBAA). The award recognizes individuals in the business aviation industry for outstanding professionalism and leadership in support of aviation safety. Agostino is one of 18 industry professionals to receive the honor in 2017.

Agostino serves as aviation director for Group Holdings Aviation in Fort Worth, Texas, and oversees operations at American Aero FTW, an FBO at Meacham International Airport. Under Agostino’s leadership, American Aero FTW was the first FBO in the Western Hemisphere to earn the new, rigorous IS-BAH ground handling safety certification in 2015, and recently became one of the first FBOs the world to earn Stage II certification from the International Business Aviation Council (IBAC).

Agostino’s career encompasses more than 45 years of corporate flight operations, including 15 years as director of flight operations for Learjet/Bombardier where he created what is now known as the Bombardier Safety Standdown. Agostino is a member of AOPA and the Society of Experimental Test Pilots (SETP), and he currently sits on the Gulfstream Customer Advisory Board.

“It is a tremendous honor to be recognized by the aviation community for a career that has been largely focused on enhancing the safety of our industry,” Agostino said. “And I’m exceptionally proud to lead the industry in expanding the safety envelope to ground handling operations through the vision and commitment of the team at American Aero FTW.”

The NBAA award was created to honor Dr. Tony Kern, a co-founder of Convergent Performance, a company committed to maximizing the value of human potential in high-risk industries, distinguished U.S. Air Force veteran and author of five books on human performance.

“Bob Agostino is an iconic figure in aviation safety. He leads by example with a passion and determination that  are  contagious ,” said NBAA President and CEO Ed Bolen .  “This award recognizes and  honors his achievements , and the significant mark he has made on our industry.” 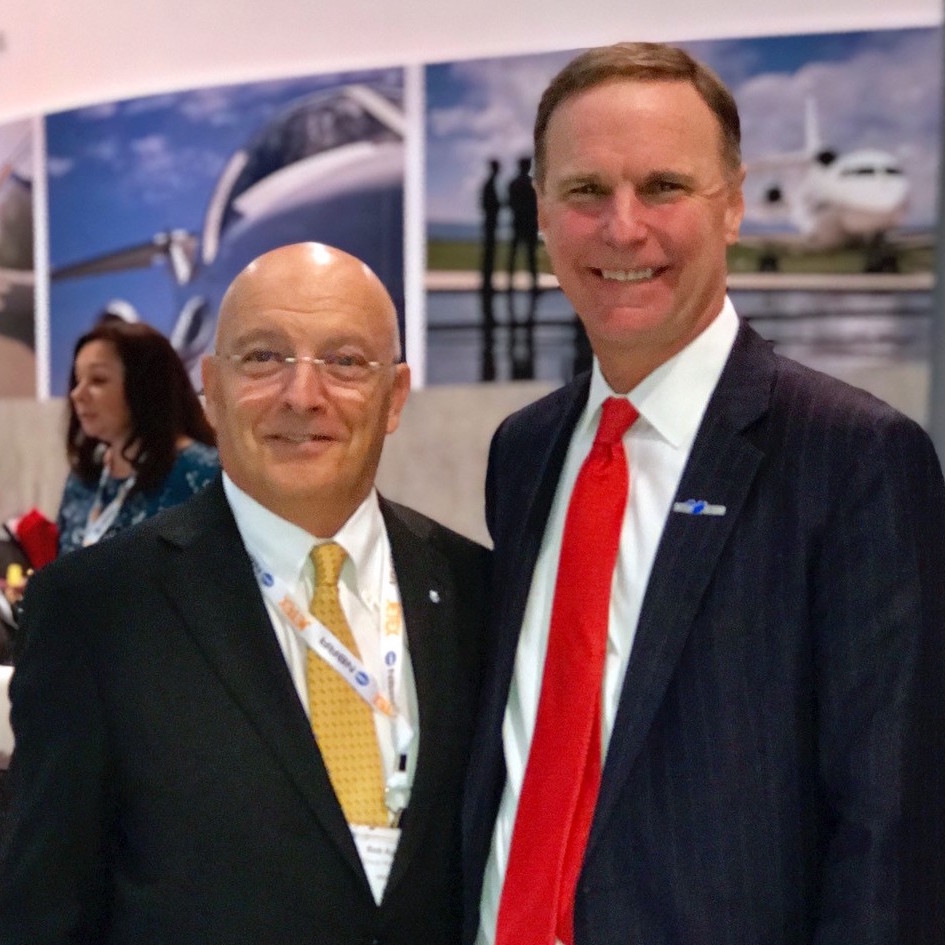 ABOUT NBAA
Founded in 1947 and based in Washington, DC, the National Business Aviation Association (NBAA) is the leading organization for companies that rely on general aviation aircraft to help make their businesses more efficient, productive and successful. The association represents more than 11,000 companies and provides more than 100 products and services to the business aviation community, including the NBAA Business Aviation Convention & Exhibition, the world’s largest civil aviation trade show.